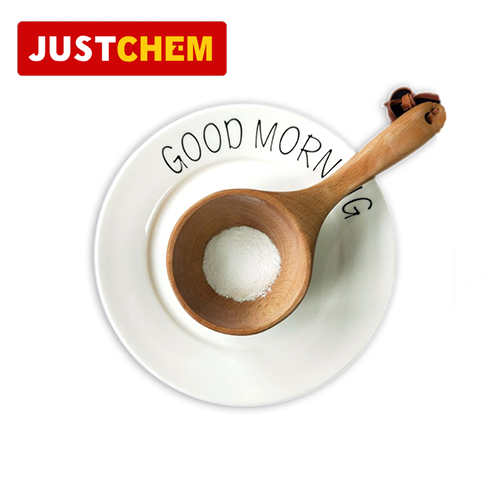 C.A.S #:  7235-40-7
Synonyms:  beta,beta-Carotene; Carotene; Solatene; trans-beta-Carotene
Assay: 1% / 2% / 10% / 30% 96.0%-101.0%
Quality Standards:
Beta-Carotene contains not less than 96.0 percent and not more than 101.0 percent of C40H56.
Characteristic: Dark red or dark red, shiny side of the ramp hexahedral or crystalline powder.
Melting point:  183ºC
Alpha: 105° (c=0.8, EtOH 25°C)
Solubility: Soluble in carbon disulfide, benzene and chloroform. Do not dissolve in water, propylene glycol, glycerin, almost insoluble methanol and ethanol.
Function and Usage:
Beta-carotene is an antioxidant and therefore may offer some protection against certain cancers and other diseases. and it is a naturally occurring substance present in green and yellow fruits and vegetables. In the body, beta-carotene is converted into vitamin A and is used as a vitamin supplement to prevent or treat vitamin A deficiency. Beta-carotene can help prevent or treat reactions to the sun in some specific groups of patients.

Conclusion: Conforms to the standand
Packaging: 5 KG/TIN
Storage: Kept in dry, cool, and shaded place with original packaging, avoid moisture.
Shelf life: 24 month
Beta-carotene is one of a group of red, orange, and yellow pigments called carotenoids. Beta-carotene and other carotenoids provide approximately 50% of the vitamin A needed in the American diet. Beta-carotene can be found in fruits, vegetables, and whole grains. It can also be made in a laboratory.

Beta-carotene is also in used in malnourished (underfed) women to reduce the chance of death and night blindness during pregnancy, as well as diarrhea and fever after giving birth.

Some people who sunburn easily, including those with an inherited disease called erythropoietic protoporphyria (EPP), use beta-carotene to reduce the risk of sunburn.

There are many authorities – including the American Heart Association, the American Cancer Society, the World Cancer Research Institute in association with the American Institute for Cancer Research, and the World Health Organization’s International Agency for Research on Cancer – that recommend getting beta-carotene and other antioxidants from food instead of supplements, at least until research finds out whether supplements offer the same benefits. Eating 5 servings of fruits and vegetables daily provides 6-8 mg of beta-carotene.

Carotene is the substance in carrots, pumpkins and sweet potatoes that colors them orange and is the most common form of carotene in plants. When used as a food coloring, it has the E number E160a. The structure was deduced by Karrer et al. in 1930.In nature, β-carotene is a precursor (inactive form) tovitamin A via the action of beta-carotene 15,15′-monooxygenase. Isolation of β-carotene from fruits abundant in carotenoids is commonly done using column chromatography. It can also be extracted from the beta-carotene rich algae, Dunaliella Salina. The separation of β-carotene from the mixture of other carotenoids is based on the polarity of a compound. β-Carotene is a non-polar compound, so it is separated with a non-polar solvent such as hexane. Being highly conjugated, it is deeply colored, and as a hydrocarbon lacking functional groups, it is very lipophilic. 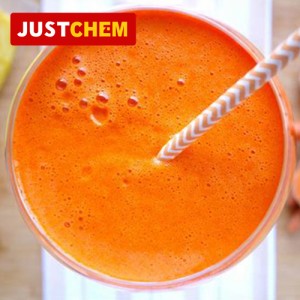